With the carpet put back down on the interior, it was time to tackle another common C5 problem: rocking seats. The track system for the seats is equipped with two synthetic washers that hold the nut-block static to the seat itself, while letting it move up and down the leadscrew. These disintegrate over time, giving you around 1/4” play in either direction, which feels like an awful lot when you brake and your seat slides forward. 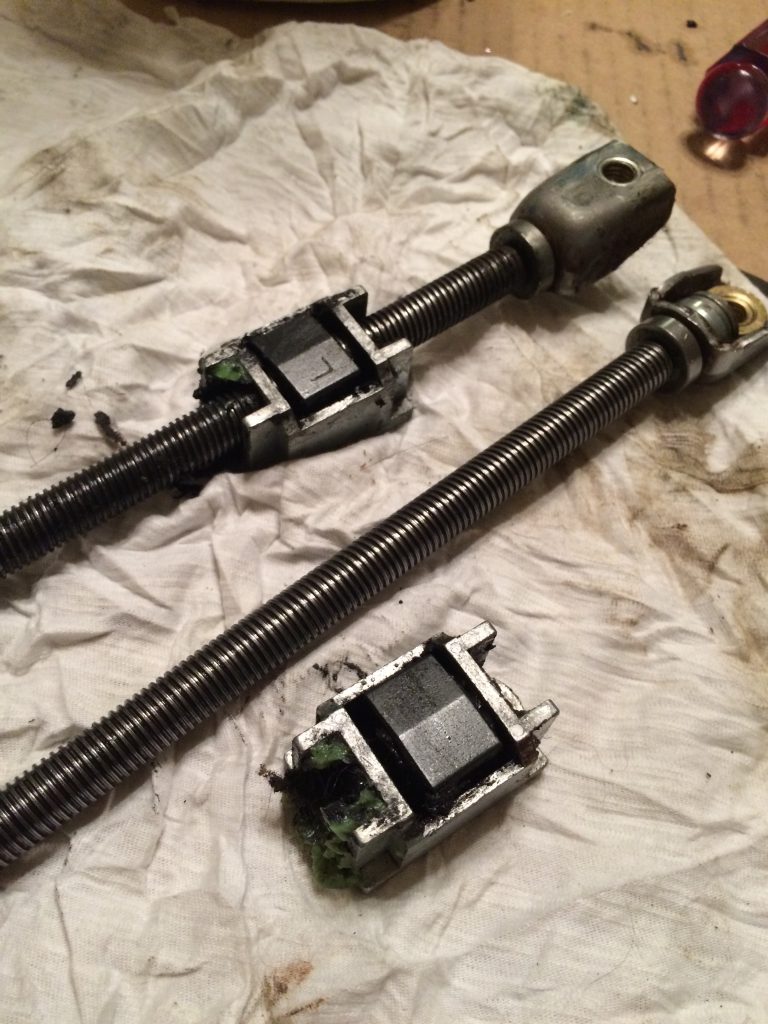 This is a good view of the leadscrew and block assembly. You can see the black washer dissolved into a paste, which has mixed thoroughly with the grease from the rails. I took the seats apart in our living room on the carpet, which this black paste quickly made its way into. My wife would have killed me if I wasn’t able to get it out with Incredible (she still almost killed me.) 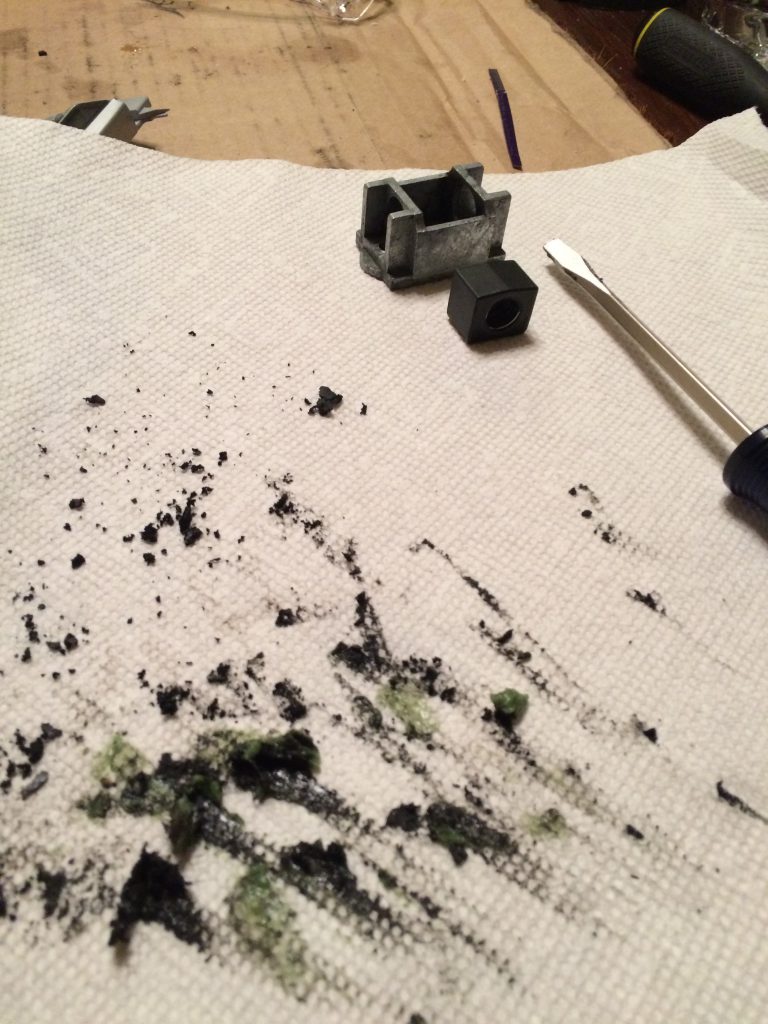 Somehow I didn’t get any pictures of the actual assembly, but I filed down a nylon washer for each side, jammed them in (they fit super tight) and packed the block with grease.

The seats themselves were pulling apart at the seams after years of crawling in and out of the car. I went ahead and ordered new covers from Corvette Central. In hindsight I should have ordered new foam as well, but repairing mine went ok. I was able to pack the torn areas with ensolite foam, then wrap the whole thing with t-shirt cotton to bind it together. After putting on the new covers, you can really tell how bad of shape the seats were in.