With the mods installed, I spent some time calibrating the printer to print out some DnD miniatures (again, courtesy of mz4250.) 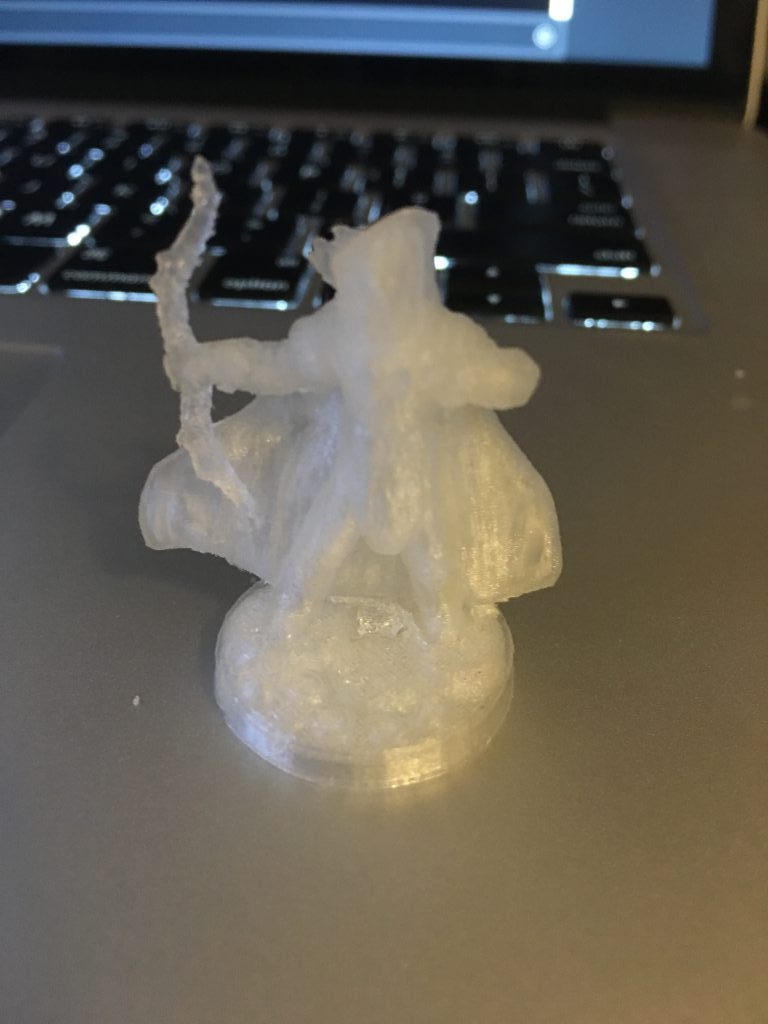 I also re-printed the bandit (with supports this time,) but one of the swords broke during sanding so he has a dagger now. 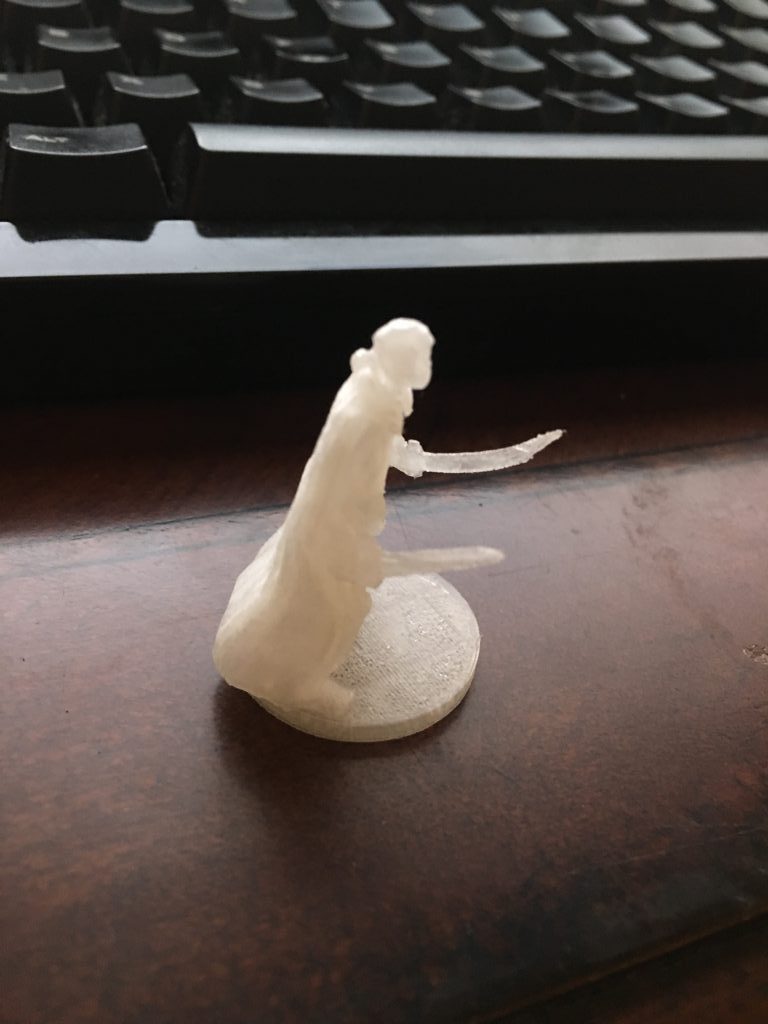 Again, the partially clear filament doesn’t do the details justice. I ordered some Monoprice White PLA to try and fix that.

This Roper turned out to be Raegar’s biggest test. He was quickly grappled and wrapped up in tendrils, and was essentially useless while the rest of the team kiled the beast. 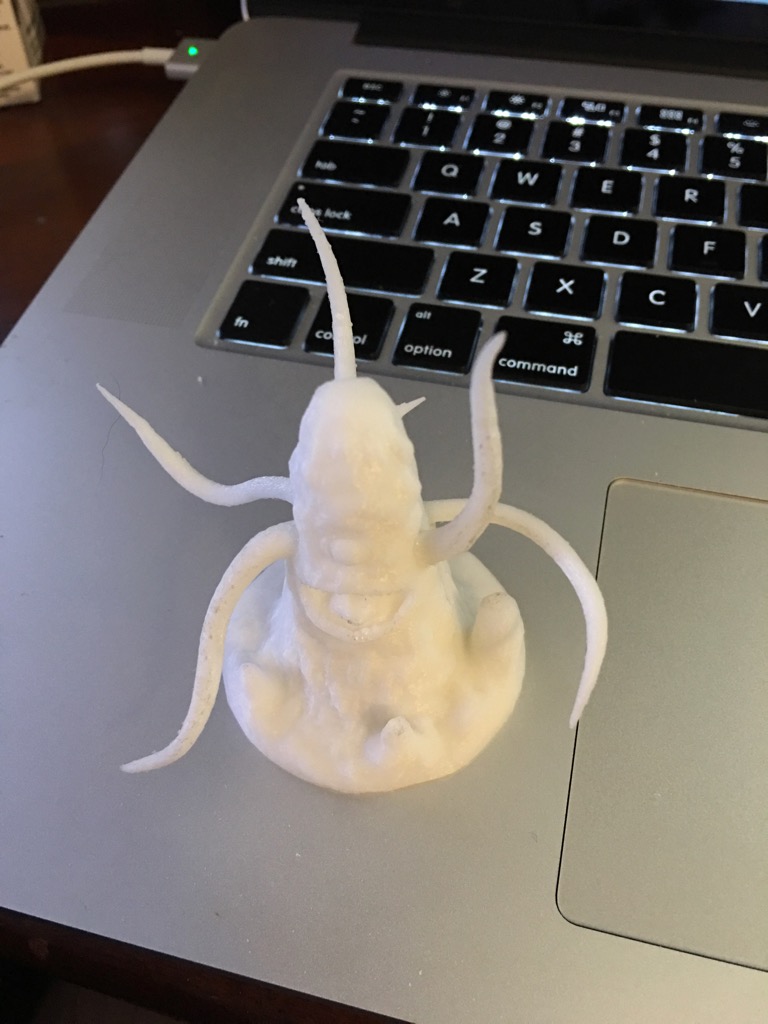