I had my printer taken completely apart on our dining room table end of February, when my wife went into labor a month early. This meant I had to wrap up my printer rebuild while trying to take care of a newborn and in-between family coming to visit.

I also purchased some 1/8” plexi from the local hardware store. I realized I had enough scraps from cutting the enclosure panels to create a new box for the electronics. I created a new wiring harness for the main control board out of cat5e cable I had on hand. My main gripe with the Maker Select is the short umbilical that ties the control box to the printer, really limiting the places you can put it. This way I can have both the control box and the printer end in a patch panel, and if I ever want to move either of them I can just cut new cable to go between them. 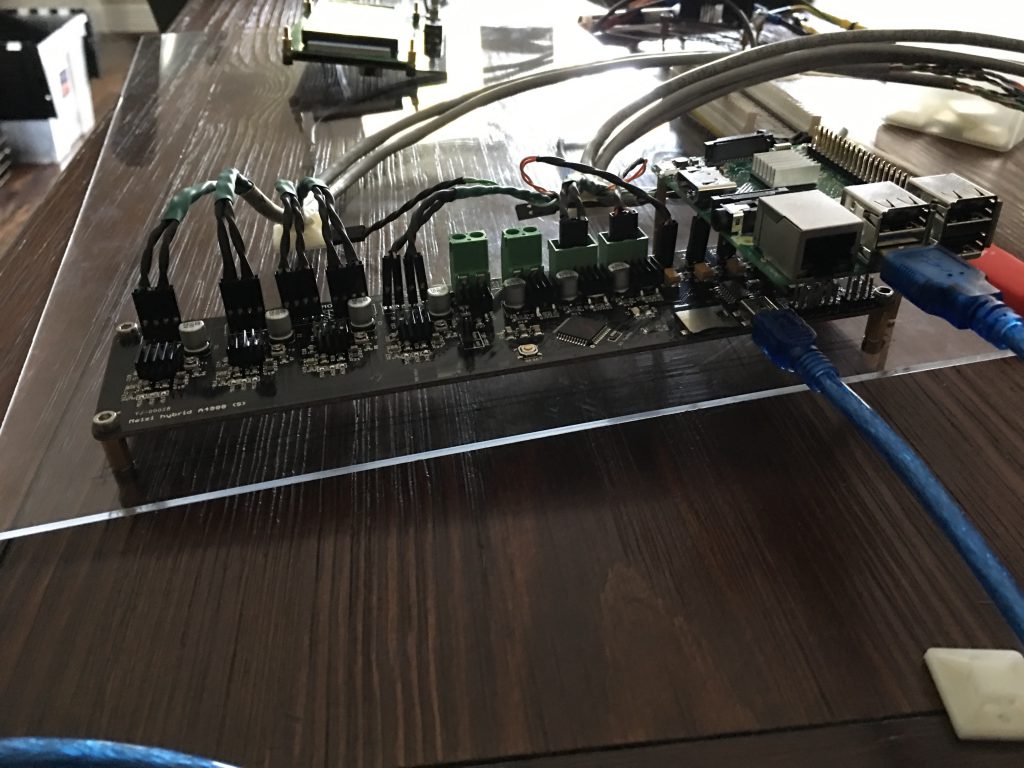 The standoffs are really handy for holding the circuit boards to the plexi, as well as creating vertical space to somewhat layer them. This is the final internal layout: A fan at the left blows air over the mosfet and control board, and out the other side by the Pi3 and patch panel. Also in the picture is an extra 650W power supply I had on hand that I will modify to power it all.

I cut out the openings for the screen, Pi, and control board inputs with a Dremel tool. It’s ugly, but it works. The screen is held in place again with more standoffs. This picture has a decent view of how the Pi is layered on top of the other board. 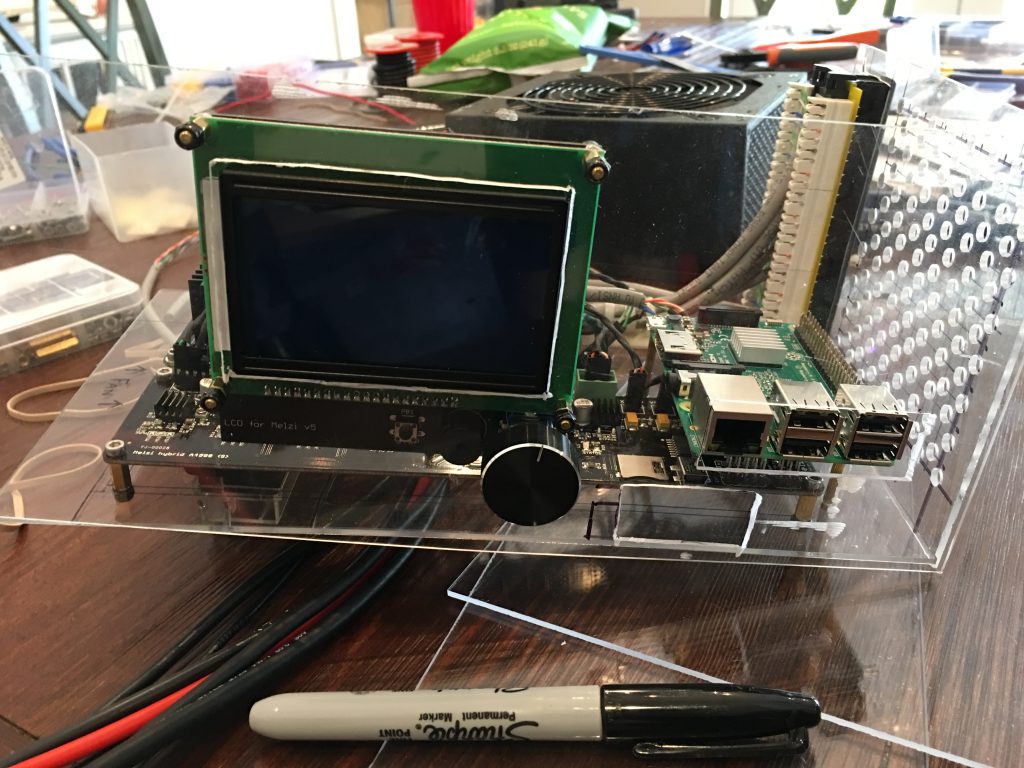 And finally, it’s together. This gives a glimpse of where the patch panel for the printer will eventually go. I still need to print out risers for the top table (it currently has 1/8” of clearance between the top of the frame and the bottom of the table-top.) The cable chain, while rather large, is a lot lighter than I expected. I was planning on re-ordering something smaller, but I think this will do fine for this printer. 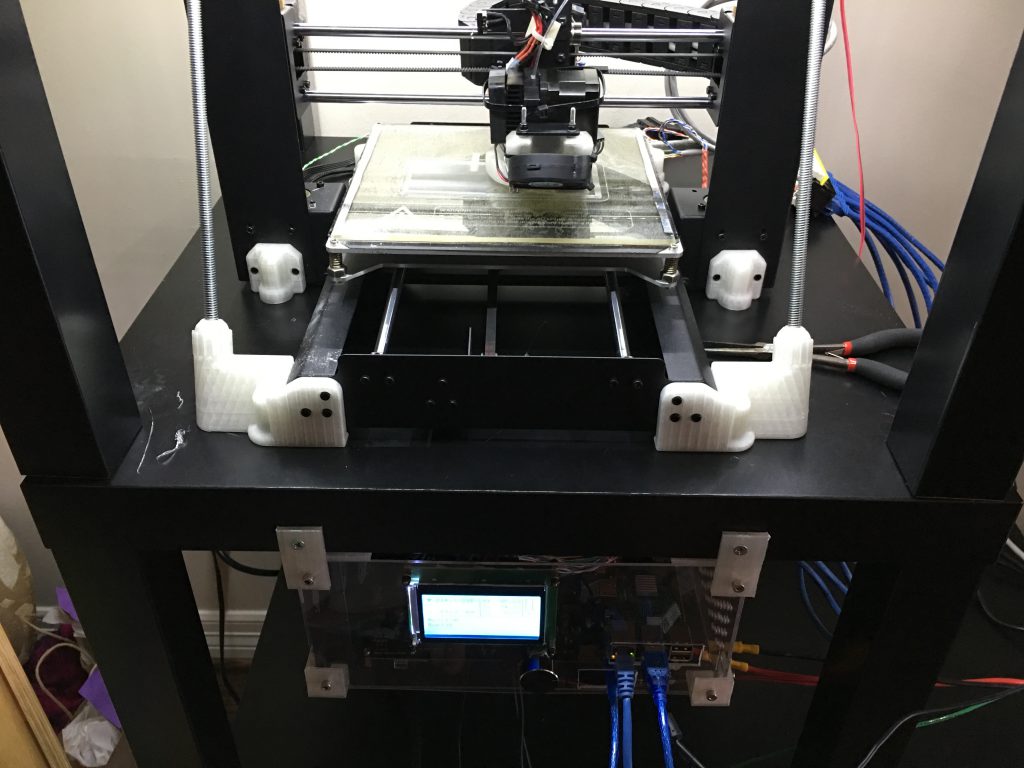 Also in picture are the brackets that hold together the box around the electronics. It’s held together with hex bolts and nuts, with wood screws securing it to the table. It’s super sturdy, and takes ~10s with a drill to remove for maintenance. At this point it’s also wired to an ATX power supply (the Pi3 included,) but that’s something for another post. If you look closely I’ve also modified the bed leveling system.